Video poker is an electronic casino game that is based on five-card draws. The program is placed into a small computerized compartment similar to a slot machine. The game is fairly simple to learn, but as with most games in a casino or online, the house has the advantage. Video poker can be found at almost all casinos and many have them near the drinking establishments on the operator’s property.

The Rules And The Video Poker Machine

Gameplay begins with the player inserting credits into the machine. This can be in the form of paper money or a player’s card. The player then proceeds to place a bet of one or multiple credits and pressing the deal button. The player is shown their hand and offered the chance to shed one or more cards to exchange them for new ones. This is known as the drawing aspect of the game. These are all drawn from a virtual deck that represents a regular deck of cards.

Once the machine has issued new cards, it pays out if the hand played matches the listed winning combinations usually posted on the paytable on the video poker monitor. These paytables indicate the payout for various hands depending on their rarity. The rarer a hand is, the higher it pays out. For instance, a pair of jacks would pay even money. On the other hand, a royal flush (the rarest of all hands) would pay out the maximum.

In addition to winning individual hands, there are other ways to profit. For instance, many video poker machines offer progressive jackpots or prizes. This entices the user to play more frequently and place higher wagers. Although the game is based on five-card draws, the customer isn’t actually playing against another hand. Rather, they win by acquiring a specific combination of cards.

In order to keep the equipment validated, calibrated, and fair, video poker machines are regulated by the individual state or Indian gaming agency. These regulatory bodies mandate that machines deal random card values out of a virtual card deck. The Nevada Gaming Commission began this rule with other states following shortly thereafter. All video poker machines are tested prior to going live on the casino floor.

Video poker can provide entertainment for hours on end. Since every casino is in business to make money, the machines are set to slightly favor the house. Although skill is involved, it’s extremely difficult to be popular in the long run. Consequently, it’s best to enjoy the excitement and have fun! 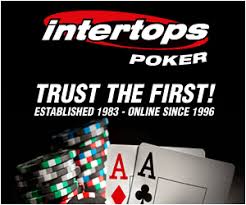